Conversion from pelleted catalyst to monolith design offers several advantages. These include lower back pressure, lower precious metal loadings, and lower capital cost. However, the associated modification to the reactor vessel usually proves to be the most challenging part of the project. Agrium West Sacramento, with the help of ECS Catalyst needed to convert their existing vessel from a pelleted unit to a monolith catalyst design. This required extensive ASME Section VIII modifications and custom fabrication work. 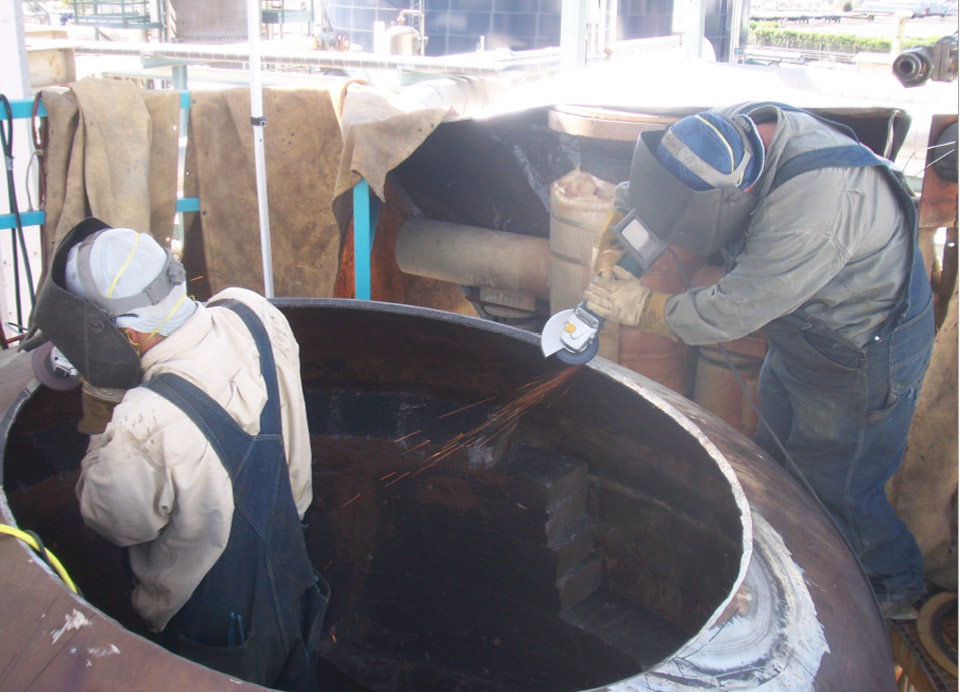 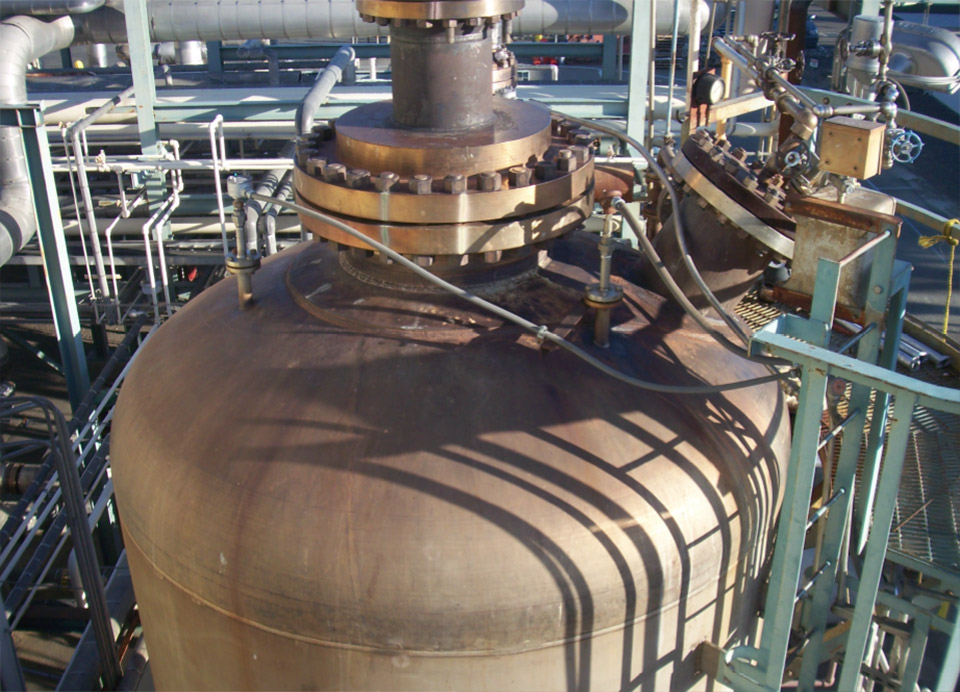 To allow for the catalyst to be quickly changed the relatively small 34” flange had to be removed and replaced with a 54” flange. Once replaced ASME Code stipulated a 3/4” 347H stainless steel reinforcement pad to be installed. This was achieved by modifying an ellipsoidal head that matched the curvature of the existing reactor head. 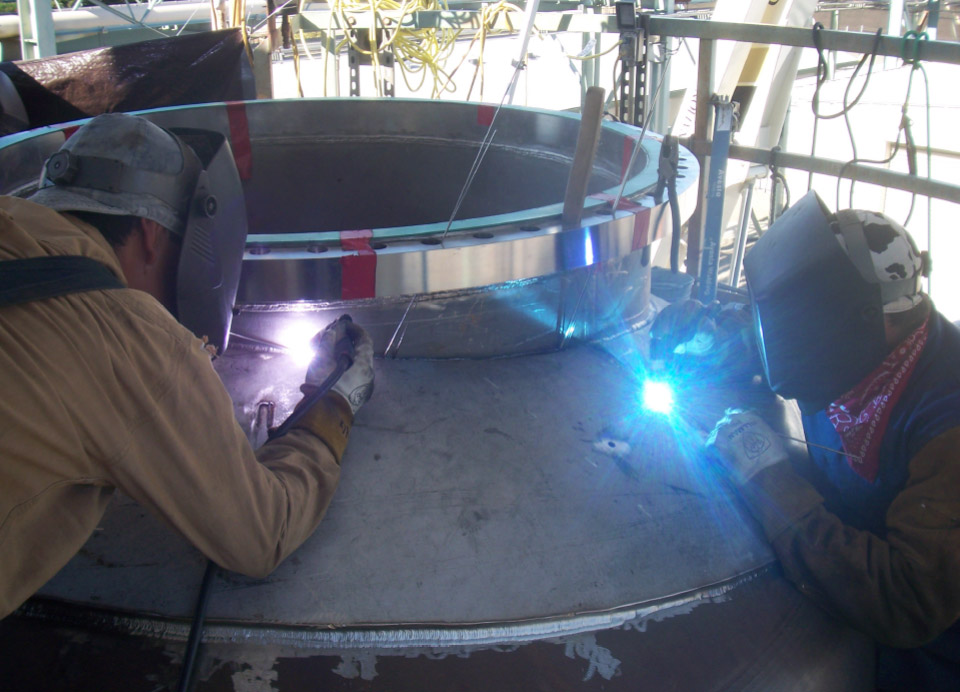 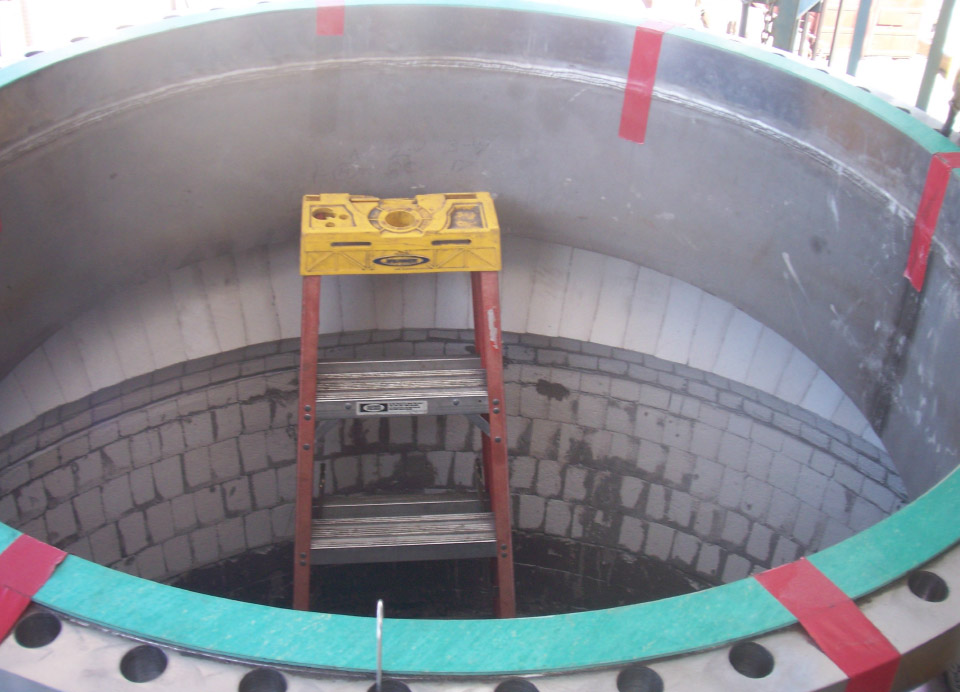 Simultaneously a 347H stainless steel eccentric nozzle was fabricated to transition between the new ﬂange and existing inlet piping.  The nozzle incorporated the existing startup burner as well as a sight glass to verify operation.

The ﬁnal step was to lower the new catalyst basket with the catalyst preloaded.

The new monolith catalyst and ASME reactor modiﬁcations resulted in a lower cost overall than it would have been to replace the pellet catalyst alone.  Abatement of NOx was well below levels permitted by the facilities air operating permit. 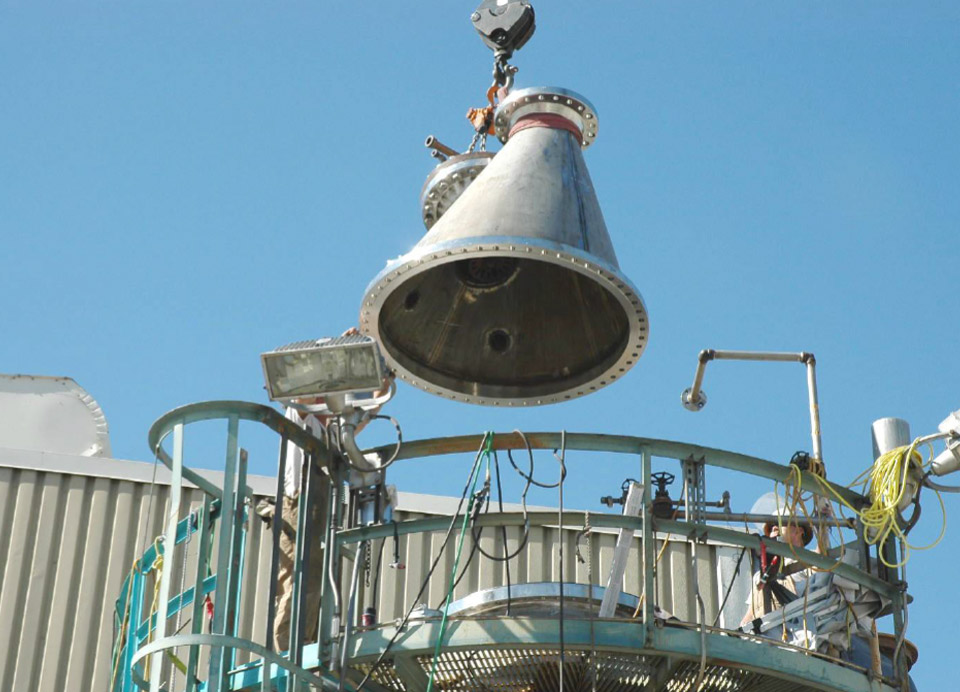 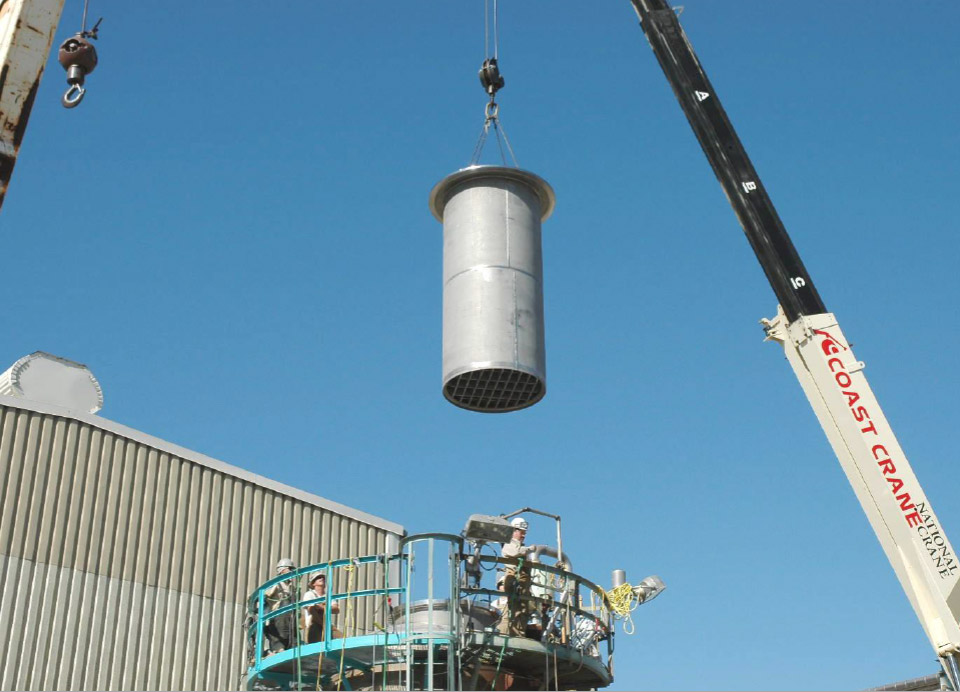 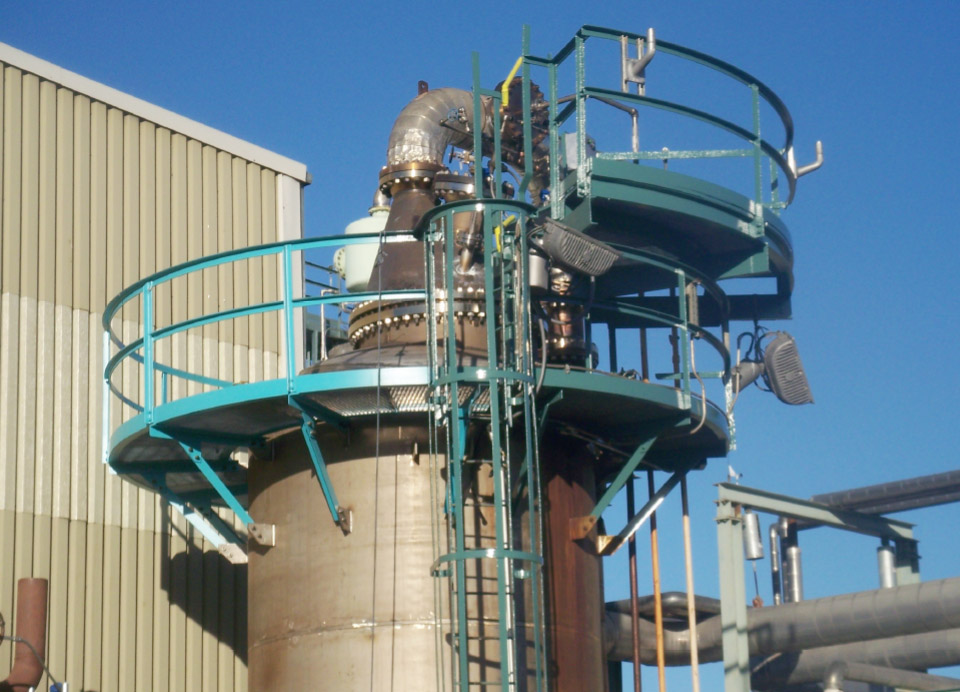